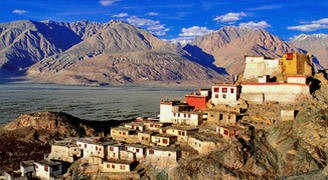 Day 01 : Arrival At Leh
On arrival at Leh airport, you will be met by our representative at the airport and and Drop to the Hotel.
Complete day for the acclimatization & rest as Leh is at an altitude of 3500 Mtrs above sea level. Overnight stay in Leh.

Day 02 : Leh - Lamayuru
In the morning drive down the Indus Valley on a tour of the Lamayuru (approx. 130 kms.) circuit, famous for the dramatically located Lamayuru monastery and the adjoining 'Moonland' features. After sightseeing and lunch here, retrace the Leh route till Uleytokpo (60 kms.) and check into a fixed camp / resort for overnight stay. 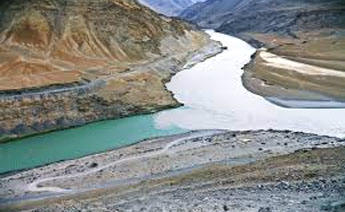 Magnetic Point, Gurudwara Pathar Sahib, Kali Mata (Temple of Guardians in Spituk monastery) & Hall of Fame.
Evening visit to Shanti Stupa after sightseeing back to the Hotel, Overnight in hotel.


Day 04 : Leh to Nubra via Khardungla Pass - Hunder (120 Km / 4 - 5 hrs)
After breakfast, drive to Nubra Valley, also known as Valley of flowers via Khardungla, the highest motorable road in the World, (18,380 ft).
Visit to Diskit Monastery after drive to Hunder.  On your arrival in Hunder check in the camp.
After enjoying lunch proceed to enjoy walk on the banks of Shayok river, you can also enjoy a ride on double humped camel on the Sand Dunes between Deskit & Hundur Village.
Overnight stay in Hunder. 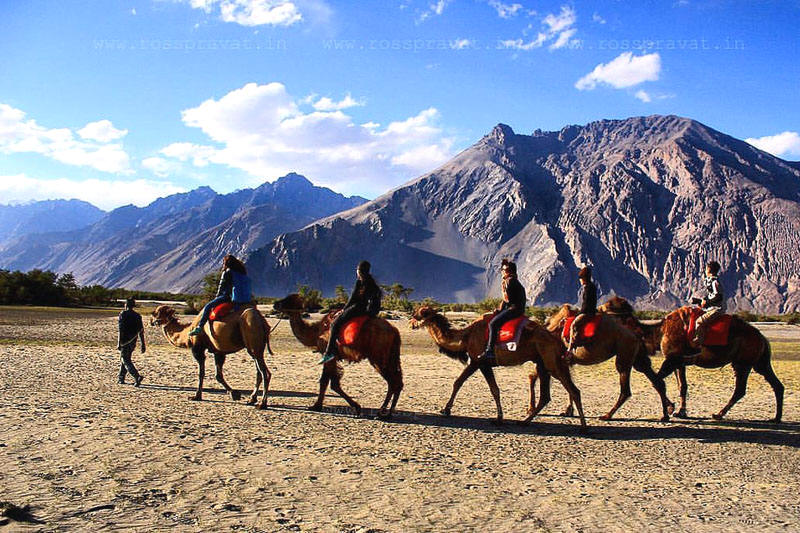 Diskit monastery is situated in the Nubra valley of Ladakh. Also known as Diskit Gompa, the Buddhist center is one of the oldest and largest monasteries in Leh Ladakh. The Diskit monastery was founded by Changzem Tserab Zangpo in the 14th century, and at present stands atop a hill above the plains of Shayok river. The prime attraction of the Diskit monastery is 100 foot high Maitreya Buddha statue, which was inaugurated by the holy Dalai Lama. From the top of the Gompa, where the divine statue is settled, one can have a panoramic view of the Nubra valley.

Day 05 : Hunder - Turtuk - Hunder
After early Breakfast, Turtuk , The Land of Baltis, which was under control of Pakistan before 1971 War between the two nations. You may like to visit 16 century Mosque and Minaret, Royal house of Yabgo dynasty, Ruin palace of Pun Khar, Historic polo ground, After Sightseeing back to Hunder & Overnight stay at Camp.

DAY 06 : Hunder - Siachen Base Camp - Sumur
After breakfast drive to Siachen Glacier enroute can visit Sumur ( visit the 150 year old Samstanling Gompa It is one of the prettiest sights in the valley. The main attraction of the village is the Samstanling Gompa, located above the village at the foot of barren mountains and next stop is Panamik hot spring (Panamik has a natural hot water spring. 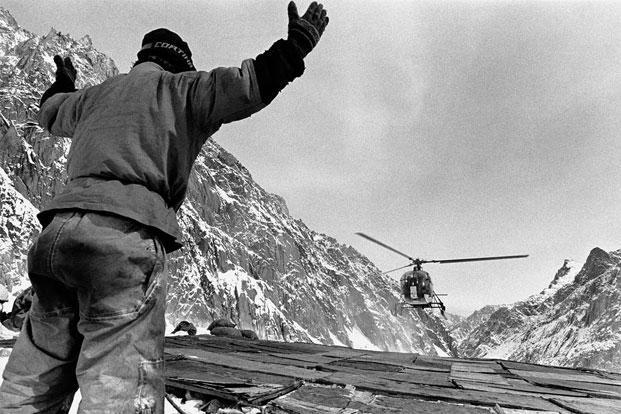 There is a bath which has the facilities so that you can take bath in the natural hot water spring and continue to visit Sasoma village and you will reach base camp by afternoon and explore the beauty of Siachen Glacier (The Siachen Glacier at the height of around 20,000 ft in the Karakoram range is known as the highest militarised zone in the world) and then drive back to sumur. Overnight stay in Camp.

Siachen Base Camp
Siachen Base Camp or SBC is an army camp near the tail of the Glacier at an altitude of 3,658 meters. This is the last point up to which a driveable road is present. Further up is a 60 km trek to the Indira Col. Siachen is a Glacier in the Karakoram range of Northern Himalayas, just near the LoC with Pakistan. It's highest point is at Indira Col at an altitude of 5753 meters and it's tail is at an altitude of 3620 meters which forms the source of Nubra river. Siachen Glacier has strategic importance as it also lies very close to China border. Indian army created it's outposts on the peak and surrounding passes during April 1984 and since then it is also known as the Highest Battle Field in the world. 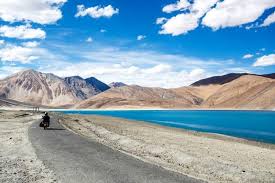 Day 07: Hunder - Nubra Valley to Pangong Lake via Shayok
After breakfast at hotel we drive to next destination pangong lake via Shyok and onto Tang Tse and Spangmik ( Pangong). It's a short cut and it's a beautiful route. The road follows the Shyok river, and climbs up a mountain before finally descending into Shayok village. It took us less than an hour to reach Shayok, and we were delighted at the sight of the rather big village surrounded by barren mountains, the entire setting being very picturesque. Afternoon we reach at Pangong lake and enjoy your day at pangong lake. Overnight stay at camp.

Day 09 : Drop Leh Airport
Early morning transfer to the airport for taking the flight back home.